The key ingredients of mobile design and UX methodology 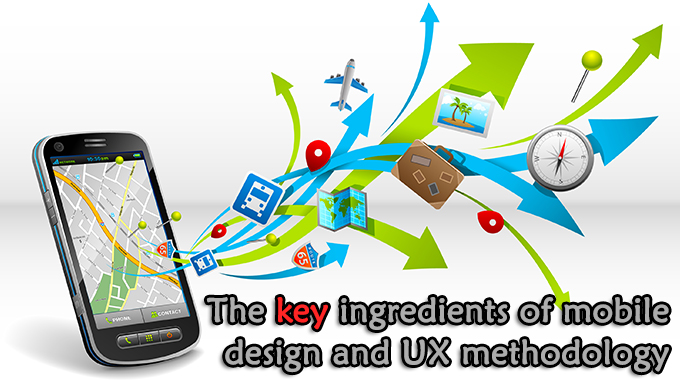 Mobile projects can live or die on design. This column looks at the importance of design methodology, with a blow-by-blow account of the digital design process at the UK mapping agency, Ordinance Survey (OS).

While mobile development is rooted in methodologies inherited from web and software development – Waterfall or Agile; Scrum and Kanban – there is no industry-standard methodology for the design stage of your mobile project.

When you consider how important design and user experience (UX) is to the success of mobile projects – it’s crazy that companies and agencies have had to develop their own procedures… and it’s understandable that too often these prove inadequate.

Steps in this process include:

There’s a variety of design and UX techniques and tools that companies/agencies might use to achieve this – some of which we will examine in detail in successive columns.

Waterfall or Agile or neither?

The traditional methodology for software development, usually referred to as Waterfall, is a linear process of defined stages: research -> design -> development -> test -> deploy (or similar).

While this makes design just a stage in a development process, the advantage is that actual development can’t start until design is completed and signed off.

In web and particularly mobile development, there is a need for speed, a requirement to work on different parts of the project concurrently, for regular scheduled testing and to continually enhance and upgrade.

This has led to the evolution of, and widespread adoption of so-called Agile development methodologies such as Scrum or Kanban, where research (including viability studies and audience identity and needs), design, development, testing and deployment – on different aspects of the project – could all be going on at the same time.

One of the best illustrations of Waterfall and Agile, is the following from US (New Hampshire)-based web-design agency CommonPlaces. However this agency, like many, actually uses a hybrid of the two approaches.

While agility brings many advantages, there is a danger that the design process can become squeezed, rushed, overlooked or, if outsourced, cause lack of continuity and delays. This makes it all the more important that companies put in place a design methodology. This shouldn’t just be a subset of a development process, but a methodology in its own right.

As previously stated, there is no commonly accepted methodology for designing mobile projects, no equivalent of developer processes, such as Scrum or Kanban. But many companies and agencies have developed their own in-house methodologies, some have gone to share these with others.

One of these is a lean UX methodology that mobile design expert Greg Nudelman, CEO of design agency DesignCaffeine calls the $1 Prototype. This process has been used on mobile projects for Intuit apps, Wells Fargo, USAA and Oracle and is the basis for his UX design courses.

We will look at the value of pen and paper – and sticky notes – in the digital design process in future columns.

It is increasingly common for businesses to employ digital creatives with an agency background, as these come with a design methodology honed through years of client work.

Ordinance Survey, the UK’s mapping service, recruited Ben Scott-Robinson, a co-founder of the pioneering UK agency We Love Mobile, to found its internal agency to deliver its digital products and services.

This is Ben Scott-Robinson, head of The Agency at Ordnance Survey’s summary of design process for OS digital projects:

The OS Agency team runs a design sprint at the start of the project. We start with a narrative that outlines the emotional engagement we are looking to achieve with our customer, and use that as a basis for starting to work through the user journeys.

With OS Maps, for example, we focused on creating an experience called Emotive Mapping. We asked:

This focus was driven by existing customer engagement with traditional OS paper maps, and the sense of belief and reassurance around understanding their immediate environment, rather than just knowing where they are.

From here we work in a relatively standard way; we:

This is Part 16 of the ClickZ ‘DNA of mobile-friendly web’ series. 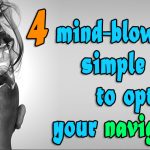 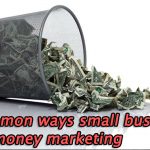