Video is the most engaging ad format for modern consumers — and it is poised to explode into a whole new world of virtual reality formats and devices in coming years, cementing its place in the pantheon of entertainment. Knowing that video is such a foundational pillar in the world of mass communication, why is video advertising still so difficult for advertisers? Partly, it’s because there is so much out there — and because everything is developing so rapidly. I put together this list of handy video tricks to help you use video to capitalize on the web’s fastest growing advertising medium:

Video is no longer a one-size-fits-all solution. The monolithic television video market has been run over by the train of social media and shattered into dozens of smaller markets vying for market share. Where viewers once reliably consumed television ads that shared a common format and a standard duration, viewers now consume video on different devices and in different apps that have several formats, lengths and styles.

More than ever before, video consumers themselves determine the way that video is consumed. Contrary to popular belief, consumer attention spans have not decreased, but they have dispersed, across devices and formats. Many social and video apps, including Snapchat and Instagram, substantiate this growing trend by providing consumers with short, vertical videos.

Signs suggest that vertical video consumption will only continue to increase. Already, more than 30 percent of time spent looking at screens is now done looking at them vertically. Traditional, horizontal video advertisements that exceed 30 seconds in length feel utterly foreign in social media environments where content often appears for a few seconds in a vertical scroll.

New virtual reality, interactive and 360 degree formats continue to shift the way that viewers engage with video, and advertisers must create content that fits these new formats. Publishers and advertisers both operate in the attention economy, a landscape where the financial winners are those who can win the attention of consumers barraged by media from all directions by providing relevant native content. Advertisers who target audiences by adapting their video production process and their overall strategies to these changing inventory parameters will be incredibly successful.

2. Cross-promote to generate community engagement. Don’t put your videos in a silo.

Consumers that are active across multiple devices and several formats consume diverse types of content. For advertisers, content will only remain at the top of a consumer’s mind if it engages consumers with coordinated messages across multiple channels and devices that work in concert to create one story. Successful advertisers supplement videos with active social media presences, retargeting campaigns and other audience interaction to drive engagement.

Not only do successful advertisers disseminate their videos across several channels and media, but they also cross-promote their video content internally by linking all of the disparate components of their digital story together across digital channels and externally by leveraging influencer networks for organic content promotion. Both of these internal and external strategies tap into powerful social media networks to build community around brands and tell a story that is greater than any single video or channel.

To command the attention of consumers, advertisers should start with the basics — like ensuring their video advertisements are actually viewable. Given the convoluted state of modern advertising, though, viewability is easy in theory but remarkably difficult in practice. Savvy advertisers, however, can preempt the two primary impediments to viewability by asking the right questions before they launch video ad campaigns,

The first primary challenge to viewability is ad fraud. Many reports claim that for every $3 spent on digital advertising, $1 goes to fraud. Ad fraud is a huge problem in the modern advertising industry. With so many advertising dollars changing hands, the landscape is replete with villainous bots, unsavory scrapers and all manner of arachnophobia-inducing crawlers. Advertisers can prevent losing money to fraudulent advertisers by designating anti-fraud managers, adhering to industry anti-fraud guidelines and insisting on transparent verification for all traffic.

4. Demand full-funnel performance, and don’t settle for branding or compromise for siloing.

In the future, more and more data will become available for video advertisers. To successfully incorporate video into increasingly diverse marketing efforts, advertisers will need to understand the relative contribution of each individual marketing touchpoint towards conversion. With this in mind, it becomes clear why “branding” budgets that are focused on generating awareness — without being directly tied to ROI — will not provide enough information for advertisers to drive consumers fluidly down the marketing funnel from consideration to conversion.

It is important to remember, too, that creating separate budgets for branding and performance marketing is just a way to stick a band-aid over a gangrenous infection, merely by covering up an obvious and ugly problem it doesn’t solve the underlying problem. It is critical to ensure that all efforts to generate brand awareness and all efforts to facilitate immediate conversion are tied to ROI in a holistic model. By demanding that partners use full-funnel campaign targeting, advertisers can directly tie every dollar of their advertising spend to their bottom line and make efficient budget allocation decisions.

PrevWhat counts as programmatic maturity In 2017?April 18, 2017
Why native advertising should sit with your PR agencyApril 20, 2017 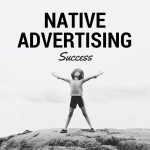