Best practices in mobile SEO, ASO, and working alongside developers 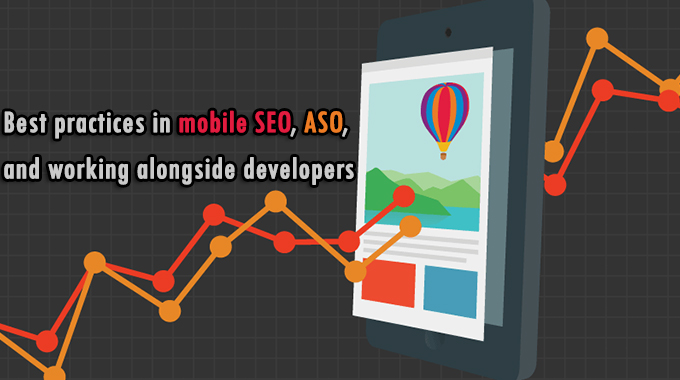 In today’s episode, Anne Ahola Ward of CircleClick joins SEJ Executive Editor Kelsey Jones, to talk about the best practices in mobile SEO and how to get ahead with App Store Optimization (ASO). They also talked about Anne’s new book on SEO for developers.

Here are a few transcribed excerpts from the discussion—make sure to listen to the podcast to hear everything:

Anne on Her Upcoming Book

The book started out last year as SEO for developers. It’s a practical handbook for businesses.

I think that SEO has so many technical components but there’s also creative components, so this is going to be more reflective of me and I couldn’t be more excited about it. It’s due out this summer

Why Developers Should be Well Versed in SEO

I think developers are really the key component to taking a SEO program to the next level. I spent a lot of time working with developers and marketing to developers, so I know this very well. I believe there is only so much a marketing person can do with CMS system, a WordPress or Marketo or whatever. Developers are what you need to really crush it.

I think there’s a portion of developers who honestly think SEO is just hocus pocus and magic. And that’s true of the general public, too. The one’s who respect SEO are really the most fun to work with and they see the best results.

The way to get them engaged and interested is try to speak their language. If you don’t know something, ask someone. Most developers are nice people and they will be happy to help. They’ll get involved when they feel they’re needed, and they can make an impact just like anybody else. Getting buy-in can be difficult but when you’ve got it, you’re unstoppable.

Dealing With Ego in the Workplace

It’s like okay, let’s separate the concerns — the marketer wants to talk about the design, the developer wants to know who’s building the design. Let’s talk about the practical steps and break it down. That’s usually where people get caught up is ownership and ego. I’ve seen that a lot, I think overcoming it comes with experience and time.

Mobile search results vary widely because of the localization and being logged in and all these other wonderful things. I mean, yes, your desktop is specific when it’s logged in but mobile goes a little bit farther with the rich snippets.

I’m sure a lot of the people listening to this have heard that Google is going to have an entire mobile index but, they said late last year, “Hey, not yet.” So we’ve been hearing that for awhile, but we know it’s coming.

In the meantime, what we can do for mobile is focus on speed and security. Because I think those are the things we’re going to see be most important to mobile in the upcoming future.

Search for your own site on mobile. So many companies don’t do that or, they did it awhile ago and think they can stop. But they are very dramatically different, and that’s because the phone has so much more information about where you are, and that local component can really be critical.

I still see companies putting their phone numbers in images, well you just missed the opportunity for a smartphone to click and dial. Maybe you don’t want calls; maybe that’s why you do it. The functionality should be leveraged, especially for a local business.

There’s also distraction. You might be searching and walking, you might be waiting at the doctors office, you’re more likely to be on the go, so your time is more limited.

But I will say that in terms of SEO itself, I would treat tablets more like mobile than I would desktop, just because of the keyboard functionality, and the fact that you’re not dealing with a traditional type situation in most cases. Some people have the add-on keyboards, so you have to assume there’s some localization there, too.

Tablets are more closely linked to mobile but without the mobile index, it’s still more about speed and precision than anything else.

There’s no one size fits all SEO. I’d say everyone should look at their own data and see what it tells you. If your data shows your time on site is actually on par with mobile, okay, maybe you’re doing something right. Or if the drop offs are higher, okay, well maybe we need to address something. Let your data tell you whether to focus on it or not because, unless you’re a streaming service or something, maybe it doesn’t matter as much. It just depends on each individual situation.

Whether or Not Businesses Should Have an App

If you’re not using the phone’s unique and special capabilities, like GPS, gyroscope, location, or a camera, go responsive and save yourself the headache.

I like to compare ASO of today to SEO of yesteryear.

I like it because the stuff that we use to do works again. It’s kind of like a level set playing field. I enjoy marketing, we market a lot to developers so we deal with a lot of app promotion. What’s funny though, as great as ASO is, and there’s a lot of stuff you can do, is the people who have been the most successful have also leveraged some paid as well.

As great as ASO is, I still see a lot of companies leaning on paid. It’s a unique creature, but definitely fun because it’s very retro.

Where to Focus on ASO: Link Building or Paid Campaign?

That’s unique to each specific app in their market. I would say that link building matters more for Google Play than it does for Apple.

Reviews and self-link building increase authority, so they increase visibility. Link building and ASO is effective on the Android side.

On the iPhone side, to a lesser degree, it’s more beneficial to maybe go with paid or to try and figure out how to get featured. That’s usually how people break through on the Apple side.

I really don’t believe link building is something that should be forced or bought, ever. Anything you can do, your competitor can do. If you can buy it, your competitor can buy it. That dilutes the value from the outset. If you want to get to the top, and you’re doing all the work, I think the links will come. Especially if you’re putting content out there, and you’re doing PR.

I think number one best practice would be tagging and creating descriptions for everything. You need to use really enticing images of the app, don’t just use the home screen. Don’t do what’s easy, do what looks good.

The thing I tell most people that they don’t know is you can submit yourself for more than one category, and you absolutely should. Because you may have traction in a category you may not think of yourself as being in.

The other thing I see smaller players are not doing, which they should be, is leveraging your own network. Who’s going to be a better advocate than the people who know you? Getting them to leave reviews is absolutely okay, and you should because it will build your credibility, and it will help your rankings.

PrevHow pay per click can increase the value of your ecommerce siteMarch 10, 2016
10 remarketing facts that will supercharge your PPC strategyMarch 11, 2016 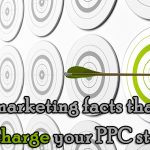