How emotions can lead to successful video advertising 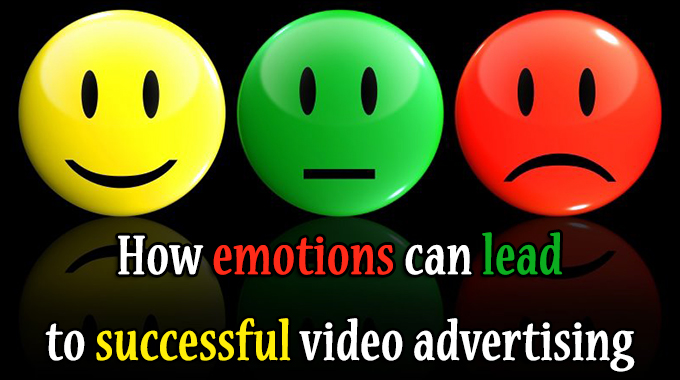 Video marketing has been on the rise for several years now and it is only expected to grow even more.

According to Cisco, video traffic will account for 80% of the total consumer internet traffic by 2019, which makes brands to examine every possible way that could lead to innovative video campaigns.

The power of emotions

Emotions always played an important part in building a bond between the brand and the consumer and there’s no exception in the case of video marketing.

As with any form of advertising, emotions are frequently facilitating the transmission of the right branded message to consumers, with each brand’s ultimate goal being to increase views, sales, and loyalty among users.

According to Robert Plutchik who constructed the Wheel of Emotions in 1980, there are eight basic emotions and human feelings are the results of these emotions.

Not every sentiment is equally powerful in advertising though, with positivity leading to more effective results than negativity.

According to stats compiled using data from Unruly Pulse a new dashboard launched in beta today by video ad tech company Unruly, happiness is the most popular sentiment among people when watching a video and strangely enough, hilarity is the least common sentiment.

Apparently happiness is contagious, as consumers are more willing to like a brand or buy a product after watching a video that elicits the sentiment of happiness to them.

For example, “Friends Forever” by Google’s Android last year made consumers four times happier than the average branded video and it was actually the most shared ad of all time with more than seven million shares.

There seems to be a strong link between the sentiments a video advertising evokes and the sharing intent it creates for the users, as the emotional appeal makes consumers more willing to share the video, along with the feelings it sparked to them.

According to Dr Karen Nelson-Field in Viral Marketing: The Science of Sharing, videos that are affiliated with strong emotions have double the chances to be shared than the ones with a weak emotional appeal.

What’s more, the sharing intent that comes along with the emotional targeting may be translated into an increase in sales, attention, and interaction, which are all highly desired for every brand.

For instance, Heinz’s “Weiner Stampede” Super Bowl commercial won the audience and the social media buzz this year among serious competition, but what’s even more important is the fact that it ranked first in the question about purchase consideration.

According to YouGov BrandIndex, “Weiner Stampede” won very easily the first position among consumers in terms of the purchasing intention and this is significantly correlated to the range of emotions it offers throughout the video.

Heinz’s video campaign combines the feelings of warmth, happiness, affection, joy, and amusement in a way that it brings an effortless virality.

It’s the authenticity of the emotions that makes consumers trust a brand and engage with it, or even consider to become a customer through it.

And although positive emotions are usually more effective, negative emotions may still increase both share intention and engagement and Doritos’ “Ultrasound” is a great example to observe.

Doritos decided to create a controversial campaign this year for Super Bowl and it didn’t turn out to be a bad idea, as it drove the highest volume of social buzz, with more than 163.000 Twitter mentions.

It was another case of strongly relying on the emotional engagement, but this time, the reactions ranged from hilarity to surprise and even to disgust.

However, the campaign is considered significantly successful if its goal was to increase the reach and the engagement, although it seems that the purchase intent was not equally successful, as the ad was not among the 10 Super Bowl ads that scored the highest purchase intent.

There is not an ideal set of emotions to fit to every video campaign and what’s more, every strategy is unique for a specific audience.

Depending on the age and the gender of the audience, the preferred emotions to be evoked vary and this also affects the desired results of each campaign.

Moreover, emotions are different for boomers, as they are more likely to feel confusion and surprise comparing to other age groups, while millennial men seem to be the most emotional while watching video ads!

What we can learn is that it’s important for a brand to understand the thoughts, the expectations and the reactions of its audience before creating a video advert, in order to ensure that it maximises the chances to succeed.

The right focus to the authentic human experience in video advertising may lead to impressive results, so don’t be afraid to embrace your feelings next time you’re brainstorming for a branded video. 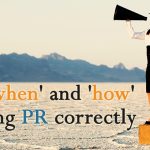 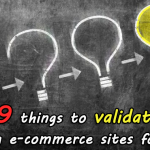