What can chatbots do for ecommerce? 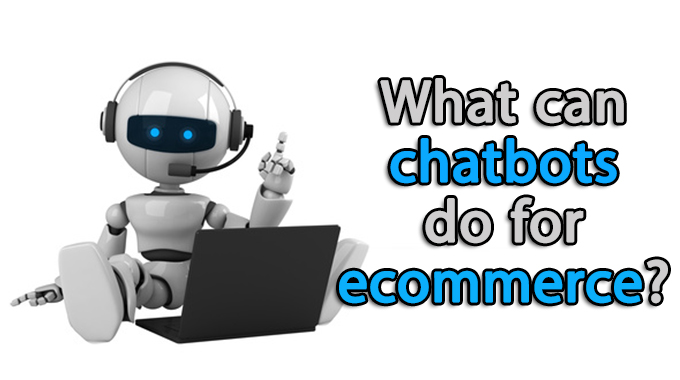 Despite the ways in which they can be manipulated for evil, bots are a hot topic in digital marketing at the moment. How can they enhance ecommerce?

Two weeks ago, Microsoft chief executive (CEO) Satya Natella took the stage at the company’s Build conference and said that chatbots are the future of Microsoft. That’s somewhat surprising, given what happened three weeks ago.

Microsoft debuted Tay, a chatbot whose name is an acronym for “thinking about you,” on Twitter, as well as messaging apps GroupMe and Kik. Designed to get smarter with more interactions, Tay wasspewing the kind of racist, anti-Semitic garbage that’d be right at home in the YouTube comments within a day.

Doing the same thing and expecting different results is often referred to as the definition of insanity. Not a week after Tay was taught to praise Hitler, Microsoft rolled out bots that can interact with Skype users. Is the tech giant insane? Or is it onto something, as far as bots “being the new apps?”

Matt Johnson, vice president at GoKart Labs, sees huge potential for artificial intelligence (AI) to disrupt ecommerce or even physical shopping. He looks at his own kitchen as an example.

“You can say, ‘Hey Alexa, add paper towels to my shopping list’ and then you can go on your Amazon account and finish the transaction later. Using the Echo, it surprises me how often I find myself adding home things like that, like new towels for the bathroom or canned dog food,” says Johnson. “Having that conversational UI in my house has gotten me to buy things I wouldn’t normally buy. [Amazon has] taken the friction out of shopping where literally all I have to do is talk to a fictional person and two days later, something shows up at my house.”

Amazon is a bit of an anomaly, having already figured out a way to monetize AI; Alexa is only available to Prime members. Other brands have, as well – Uber integrated with Facebook Messenger last fall and Taco Bell is testing an ordering bot on Slack – but most brands’ bots are more indirect forms of marketing and brand boosting.

For example, Mattel has a bot that allows kids to interact with Barbie. And earlier this week, messaging app Kik opened the Bot shop, which allows users to communicate with chatbots from brands and publishers, such as Sephora, H&M, and Vine.

Sephora’s bot provides users with beauty tips and product information. Brendan Lowry, marketing director at Curalate, sees that as a huge opportunity for the retailer down the line.

“The approach of selling something is going to come off as way too aggressive and ultimately alienate people,” he says. “Brands need to add value and in Sephora’s case, it’s great because it’s giving beauty and health tips, starting with content and then moving to commerce.”

Sephora is playing the long game, demonstrating its value through the chatbot. The brand is also gathering a ton of data in the process: what kind of makeup people like, their intent and maybe even their demographics.

Complementing apps, not replacing them

Microsoft believes apps will be the new bots, but the direction the technology seems to be moving in is enhancing the apps we already have.

Messaging apps are extraordinarily popular, particularly with younger consumers. Snapchat is scorching and 40 percent of Kik’s 275 million users in the U.S. are teens. eMarketer expects the total number of messaging app users to increase by 200 million this year.

Johnson points out how much easier is to integrate with a popular app, instead of launching a new one. According to comScore’s 2015 U.S. Mobile App Report, the average person spends 80 percent of their time in three apps.

“Discovery is really expensive and it’s hard to break through the clutter that exists in the traditional mobile app world. People are building for the services we already have: Facebook Messenger, Slack, texting,” he says. “They’re showing up in an ecosystem that already has millions and millions of users. The paradigm is changing discoverability.”

Never one to be left out, Facebook is rumored to be launching a bot store of its own at its F8 conference in San Francisco this week. If the Messenger Bot store comes to fruition, Tom Edwards, chief digital officer at Epsilon, points out that Facebook would empower chatbot developers with tools to create more structured messages, such as images, descriptions, call-to-actions and URLs.

That could accelerate the relationship between chatbots and ecommerce, given Facebook’s massive audience. Advertising on the platform is basically a requirement for today’s marketer and Messenger has 900 million users.

“Brands can build bots with topical response decision trees that align with creating seamless paths to products and services,” says Edwards. “The key for brands to understand is that for now, chatbots are domain-specific versus general intelligence. This means there is an opportunity to capture data upfront to establish a frictionless and personalized experience for consumers.”

The possible downside of chatbots

Chatbots have the potential to make shopping easier, both on and offline. Imagine if a retailer like Target had one that, using your location, could give you Google Maps-style directions to whatever item you’re wandering around in oblivion looking for.

But the technology isn’t without its pitfalls. Amazon’s Alexa only understands simple tasks – you couldn’t make a reservation and call you a Uber to the restaurant in a single command, for instance – and it responds to anyone’s voice. If you have it synced with your smart home, you could fall victim to the most Silicon Valley crime spree ever, as burglars walk around and scream in people’s windows, “ALEXA, OPEN THE DOOR!”
Far more likely is another Tay situation. But Lowry doesn’t think that’s actually likely.
“I think Microsoft gave Tay a bit too much power; it was almost too smart,” he says. “I think the intent behind the technology that brands are building is going to be much different and there won’t be as much risk for controversy.”

In other words, branded bots will exist for a specific purpose. On the other hand, Tay was much more open-ended and limitless, almost asking people to test it. Brands being more cautious with their bots is almost as inevitable as brands using them for ecommerce purposes in the near future. 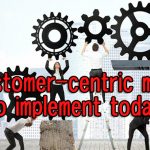 Prev5 customer-centric metrics to implement todayApril 12, 2016
Passing the family company to the next generation is a complicated businessApril 13, 2016 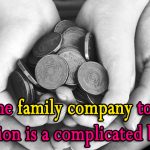