3 things you can do to get your customers gabbing

Word of mouth is right down the street, at the corner of Extra Mile and Hard Work. Meet you there?

You might run an online company, but don’t assume that means you can skirt your customer service duties. Offline word-of-mouth can be more powerful — and profitable — than all the Google ads in the world. Just ask Expedia.

Sure, it’s an online giant grabbing for a big slice of the $2.7 billion a day — that’s $1.9 million per minute — that travelers spend on trips to and within America alone, according to the U.S. Travel Association. But Expedia isn’t seeing phenomenal success just because it’s virtual. Engagement Labs’ latest TotalSocial rankings indicate that Expedia soars ahead of the competition, thanks to offline chatter directly related to its customer engagement strategies. Clearly, the travel site is enjoying the sweet benefits of its service smarts.

Your company should be so lucky, huh? News flash: Your future isn’t tethered to fate or reliant on content. In this era of information overload, your only hope is to cut through the billions upon billions of words and do one thing: Take care of your customers. When you do, they’ll spread the word.

Recognize that you’ll be stuck in the mud without word-of-mouth.

Ironically, organizations often spend tons on lead generation and then forget that those leads deserve to be treated well. Survey Anyplace notes that financial firms spend almost $50 per person to bring in clients. That’s a lot of dinero. Wonder how many of those same practices treat those leads like gold?

It’s important to turn your customers into a team of cheerleaders who never stop talking you up. Researchers at the Center for Integrated Marketing and Sales at the University of North Carolina say having loyalists who drive people to your door makes a trackable mark in your coffers. After all, enthusiasts buy more than occasional shoppers do — they’re BFFs with your business.

Of course, lots of people are unwilling to develop such a team because it’s time-consuming. But I had no choice. I was a farm kid whose parents were noticeably absent from the country club’s “Who’s Who of the Midcontinent” roster. Connections? Zip. Pedigree? Don’t make me laugh. Good thing I had a crazy drive to prove my worth and make a splash.

Case in point: The time I discovered that Young Entrepreneur Council CEO Scott Gerber had a broken smartphone. He lives on his phone, so it was a calamity. I made sure when he arrived at his next hotel, an iPhone programmed to his carrier awaited him. I didn’t do it knowing he’d become a fan — I did it because it dovetailed with my belief that every company should deliver out-of-this-world customer service.

Was it off-the-wall? Nervy? Maybe. But my approach worked — Scott has featured me in his book “Superconnector” — and still works to this day. This onetime Ohioan farm boy has plenty of endorsements and recommendations to prove that my protocol of sincere, consistent overdelivering makes waves.

Use word-of-mouth advertising to drive toward success.

Interested in building a team of frenzied followers? Practice these rules of the word-of-mouth road:

1. Set your speed to “long game.” Forget the here and now. The short game is a billboard on Times Square, and it’s out of your league. It also won’t gather you any enthusiasts. Instead, you need to do as Gary Vaynerchuk prescribes in his Investing in the Long Game vlog and build your fan base one block at a time.

You need to earn customers’ support with a strong track record — so be prepared to commit long-term. Make mistakes? Fix them pronto. Use all actions as opportunities to show your true colors. Southwest Airlines made amends after I sent a frustrated letter to the CEO, so I will continue to fly with that airline. If you consistently work to build, maintain and improve your customer relationships, in time you’ll see a sculpture start to develop that will make all the work worth it.

2. Take care of people along the way. If you had to guess which business finished first in 2017’s Prosper Insights & Analytics annual review, would you say Amazon? Wrong! First honors went to L.L. Bean. Know why? The company’s leaders wisely realized that outstanding offerings aren’t enough to get people talking. That’s why they’re all about setting and always hitting a standard. Turning someone into a believer requires a willingness to go the extra mile.

My wife can be a raving fan for the right brand, but get on her bad side? Let’s just say I wouldn’t recommend it. She ordered a dress for our daughter’s recent Christmas program, and it didn’t arrive. Irritated, she got on the phone. Not only did the company comp her shipping, but it sent her a $25 gift card. Truth be told, it likely cost little to make those gestures. But the company took the time to make things right, which surprised and satisfied her. Bet she’ll recommend the brand ffline to her pals? I know it.

3. Be reasonable with over-the-top strategies. I’m not saying you have to shock every customer with a bar of gold; not everyone gets an iPhone from me. At the same time, I’d never send 100 people the same keychain and think I was doing something special. Go all-in on each opportunity, a la the concept of “wantedness,” which suggests that relying on data points to effortlessly decide when giving 1,000 percent makes sense.

I hear your next concern: “John, it costs money to fix problems and make the kind of splash you’re talking about.” You’re right. Sometimes, a remedy requires you to tell your wife and kids you blew your profits on doing the right thing. Those are the hard breaks of entrepreneurship, but they tend to pay off. When they come, remember: Ramen noodle nights aren’t forever. Keep in mind that going all-in can sometimes be as simple as reaching out with a phone call or handwritten note in the right context.

Jazzed to get the public raving about your organization? You can’t do it by hiding behind your website or providing just-adequate experiences. Word of mouth is right down the street, at the corner of Extra Mile and Hard Work. Meet you there?

Prev6 social media tactics you need to forget aboutFebruary 15, 2018
Why your brand plan is more important than your business planFebruary 28, 2018 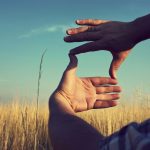