The reality of virtual reality

A lot of today’s virtual reality is actually virtualvirtual reality. The technology may take off, but like “the year of mobile,” it will happen slowly and gradually.

Hardly a day goes by without some new virtual reality-related announcement.  You couldn’t turn a corner at South by Southwest this year without seeing a VR application, in addition to countless conference sessions, whole conferences, case studies and prognostications.

What we mean when we talk about VR

From Google Cardboard to Facebook’s Oculus, gaming to socializing to 360 video to designing skyscrapers in 3D CAD environments, VR covers a vast sweep of different user experiences and applications. Much like the early days of the internet, the conversation often focuses on the prospective “killer app” of VR.

Just like with the web and later, the mobile internet, I think that’s overly simplistic. Wait for a killer app and nothing will ever happen in VR. There’s going to be a myriad of VR applications, each of which is “killer” for some segment of the population, but probably no one universal demand driver.

Marketers and media companies getting their heads around VR face a confusing array of user experiences bearing that label, from omnidirectional video viewed through a smartphone screen all the way to high-end gaming rigs that let you literally walk through figurative spaces and touch virtual objects.

We need some kind of consensus on what VR is and isn’t, as well as a framework to categorize experiences from less to more immersive, interactive, and three-dimensional.

VR represents a continuum of experiences and opportunities. I’d argue that many of today’s VR offerings are, on closer inspection, virtual virtual reality. That is, they’re not quite VR, but a reasonable simulation.

But there are also much more immersive and interactive VR offerings today, such as dedicated mobile VR devices. I definitely don’t mean to imply that “VVR” is a bad experience. It can be great, and will be the most widely adopted flavor of VR for a while. However, expectations need to be aligned with capabilities.

Everything old is new again

In some ways, VR represents a fundamental break with past media – the immersive sense of “presence” of really being somewhere – that has never been conveyed to the same degree before. But in other ways, VR is evolutionary from media experiences that came before it.

At the low end of the 3D scale, high-end games already offer immersive and interactive virtual environments. Indeed, some VR conversations today remind me of an effort five or six years ago by the IAB and Media Rating Council to define in-game ad impression measurement guidelines.

Think of a billboard in Grand Theft Auto or a stadium ad in FIFA. This project considered setting rules that would take into account factors like camera angle, lighting, and duration “in view” of the player character to determine whether an in-game ad should count or not. While that effort proved premature, I expect that as VR environments begin to hit and in-environment ad inventory comes on line, those conversations will begin again.

Another thing VR reminds me of is video telephony. Ma Bell debuted the PicturePhone in 1964.  It was low-resolution, cumbersome and extremely expensive, and it utterly flopped. Generations of entrepreneurs tried with their own specialized, clunky video phones. All are forgotten now.

Internet video chat existed for a long time, too, before Skype, Google Hangouts, and Facetime – along with great cameras, high-bandwidth connections, and efficient video codecs – made it a reality. Now my 4-year-old niece takes it for granted that she’ll be able to see me whenever I call my sister. VR will likely follow a similar path.

It’s the year of virtual reality?!

The main industry sentiment I feel about VR today is impatience: for consumer adoption, for technology advancement, and for sustainable business models. The hype surrounding VR has created high expectations.

Deeply 3D, super immersive and interactive applications will require high-end equipment and therefore, will mainly be found in stores, showrooms, and amusement parks. Most people in the short term will experience VR on the VVR end of the spectrum, using their smartphone, which was likely not designed with VR in mind.

Everyone is looking for the right consumer-adoption metaphor. Is VR the next mobile Internet (revolutionary success), or is it the next 3D TV (flop, at least so far)?  There’s a famous, but sadly apocryphal, quote where a journalist asked Zhou Enlai what he thought of the French Revolution and he replied, “It’s too soon to tell.”

I continue to find value in the reminder to take the (very) long view. We’re so conditioned to snap judgements and instant success or failure in the digital era that we tend to forget that things take time. We talked about “the year of mobile” for about a decade before it actually happened, and patience is going to be critical to VR’s success, as well.

VR covers a vast array of experiences and opportunities; a framework focused on immersiveness, interactivity, and dimensionality can help sort out the different experiences it contains. It’s often billed as something totally new, but in many respects, it’s an outgrowth of existing experiences.

We need to be patient with it. As with all revolutionary technologies, it’s going to take time before its true impact manifests. 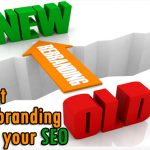 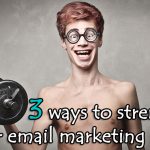