Chat with us, powered by LiveChat
Marketing Blog
BloggingMobile Marketing

Six of the most interesting SEM news stories of the week 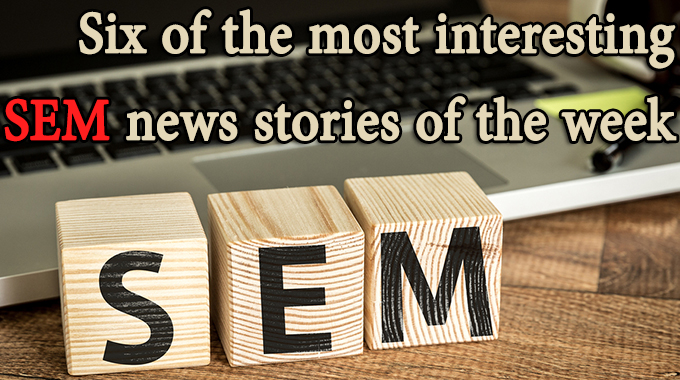 Welcome to our weekly round-up of all the latest news and research from around the world of search marketing and beyond.

This week we have SHOCK HORROR loads of updates both good and confusing from Google, plus one or two other stats and related social news. Oh and a running gag that loses its steam halfway through. What a week!

As we reported yesterday, Google is strengthening its mobile friendly ranking signal.

Since April last year, if you’ve not been offering a mobile optimised version of your website you may well have suffered a drop in rankings, although many experts believed the initial change in the signal led to fairly negligible results.

However from May 2016, Google will step up the pressure on non-optimised sites by strengthening its algorithm. You have less than two months to comply!

Or something that sounds less like a threat from Robocop. Actually maybe that is a good analogy.

Google issues guidelines on bloggers and links for freebies

Google’s advice is that bloggers should ‘nofollow’ any links to products that they may have received as a free gift, as these haven’t been obtained organically through honest-to-goodness link-earning.

It seems straightforward enough, Google doesn’t like any link-building scheme that involves the exchange of money or a like-for-like link placement. Plus the word ‘scheme’ just sounds a bit sordid anyway.

Unfortunately this raises all kinds of questions and only spreads the ‘grey area’ even further around the SEO landscape. Or something…

In a follow-up post, we raise the above questions with a few experts. Apart from that last question. That would’ve just been weird.

It promises to help enterprises (i.e. its fanciest, richest customers) achieve a more fully-formed view of the customer through a set of “integrated data and marketing analytics products.”

It all sounds pretty good and worth raiding the pot of loose change you have on your desk for. I’ve got about £3.67, I reckon if you can put in the rest we can go twos on it.

Although I’m sure Google will find a way to police our ‘little scheme’.

As we reported a couple of days ago, Instagram has announced that will be adopting an algorithm that will show posts from the people you interact with/care about the most at the top of your news feed.

“The order of photos and videos in your feed will be based on the likelihood you’ll be interested in the content, your relationship with the person posting and the timeliness of the post. As we begin, we’re focusing on optimizing the order — all the posts will still be there, just in a different order.”

In the following article I waffle on about whether Instagram’s algorithm is a good thing or not.

According to Marin in an analysis of $7.8bn of annualised ad spend, mobile has overtaken desktop for the first time, with more than 50% of budgets spent on mobile ads.

From 18 April, Google will update its smartphone Googlebot crawler from an iPhone user-agent to an Android user-agent.

Here’s what the new Googlebot smartphone user-agent looks like:

Basically Google is replacing iPhone and Safari with Android and Chrome.

Apparently this may only affect 1% of all websites, but it may be worth checking it with the Fetch and Render tool in Search Console, just in case.

That’s it for this week. And remember, stay out of trouble! 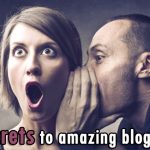 PrevThe secrets to amazing blog contentMarch 18, 2016
Why your business should accept cryptocurrencyMarch 21, 2016 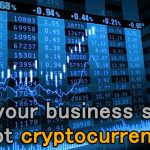