Chat with us, powered by LiveChat
Marketing Blog
Marketing Industry

Why your business should accept cryptocurrency 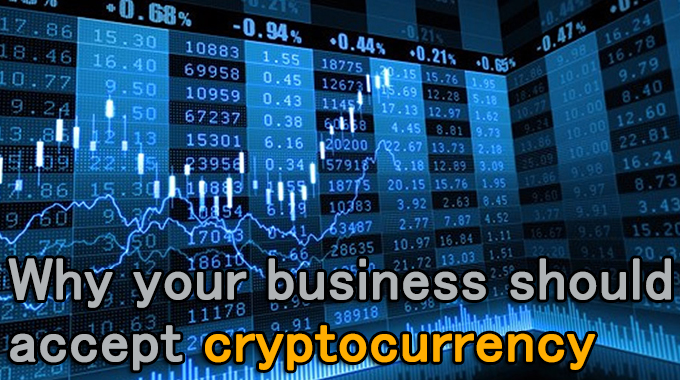 This statement is starting to come to fruition, and 2016 is going to be a big year for cryptocurrency.

Digital currencies like Bitcoin, Litecoin, and others have been around for only a short while, but have created a massive stir in online and financial communities. As it currently stands, more than 100,000 businesses across the globe accept Bitcoin. What may surprise you is that Amazon, Subway, Tesla, and Expedia are a few of those companies. In 2015, some of the world’s largestfinancial brands like Visa, NASDAQ, and others, invested in Bitcoin startups. It is clear that cryptocurrencies, once thought to only be used by criminals and other nefarious characters, is becoming mainstream. As Gil Luria, an analyst at Wedbush Securities, puts it, this is all “a game changer in terms of attitude towards the technology.”

Yet despite recent acceptance, many small businesses are reluctant to begin welcoming the digital “cash” into their registers. What is the core source of resistance? Implementation costs? Fear of fluctuation? If these are your reasons, you are missing out on a handsome opportunity to grow your business and increase profits.

Let’s put some concerns to rest and outline five of the major benefits to your business accepting cryptocurrency.

1. Cryptocurrency is Cheaper than Credit Cards

With technologies in place that allow businesses to accept these digital forms of currency, payments are transferred directly from sender to receiver, effectively cutting out the middle man: credit card companies. This means that transaction fees are greatly reduced since most financial institutions charge up to three percent or more per purchase. In a society that is increasingly “cashless” and relying mainly on plastic to conduct business, these numbers add up to substantial losses for business owners. In 2014, processing fees paid by U.S. merchants totaled more than $78 billion. For small business owners, this could be the difference between a prosperous year and operating in the red.

Lee Marburg, founder of the Bitcoin-only online electronics store CoinsForTech, ships to more than 60 countries around the world. Thanks to cryptocurrencies his business saved more than $17,000 solely in processing fees. He stated, “We processed over $500,000 in transactions and paid nothing in processing cost.”

Credit cards are the most popular form of payment among consumers. Yet every year, major companies are hacked into with the goal of obtaining its customers’ personal and financial information. But don’t think it’s just the big wigs that get hacked; small businesses are an ideal target for cyber thieves. Cryptocurrencies are far more secure, because they don’t require personal data to be entered when making purchases and implement a send-only protocol, meaning there are no numbers left for hackers to get their hands on. This makes for a much safer experience for both you and your customers. Plus, with the added benefit of reductions in PCI DSS costs that ensure credit card security compliance, you stand to save even more money.

Much as the U.S. has the dollar or Europe has the Euro, the Internet has cryptocurrencies. In today’s hyper connected digital world, the Internet is the largest driving force in growing a customer base and brand awareness. With these forms of digital payments, companies can transcend borders without all the headaches of exchanging local currencies, processing foreign credit cards and so forth. Consumers from Japan can make purchases just as seamlessly as those in the same state as your business. The instant transactions and hassle-free experiences provided by cryptocurrencies can easily engender more brand loyalty and trust too.

Those who use cryptocurrencies are akin to Green Bay Packers fans; they are die-hard fanatics who are passionate about their digital monies. These communities will often seek out retailers who accept the virtual funds, which opens businesses up to an entirely new group of consumers. Owner of the Homestead general store in New Orleans, Robert Hohne, commented on his cryptocurrency implementation by stating, “We’ve been fortunate to have met some great customers who only found us because we accept bitcoin, and have also sparked the interest of customers who come in and ask us what this Bitcoin phenomenon is all about.”

Cryptocurrency had a big year in 2015. This year, it looks like things are poised to accelerate asBitcoin’s price is predicted to hit an all-time high and the relationships between digital currencies and banks will begin to mature. Not only that, but each year the number of individuals who adopt the virtual payment type continues to increase.

Last year, Bitcoin climbed 21 percent in value, outpacing the U.S dollar. Additionally, daily transactions conducted by Bitcoin in 2015 totaled $289 million, growing closer to PayPal’s $397 million. And don’t expect things to stop there, as many continue to lose faith in current centralized currencies, more and more consumers are finding themselves interested in an alternative option.

The hype over cryptocurrency may have died down for a while, but it has not gone anywhere and, in reality, it’s becoming more mature than ever. As major brands, institutions, and even financial groups find interest in investing and incorporating cryptocurrencies into their practices, it will become more widely accepted on a social scale.

As a small business owner, you still have the opportunity to become an early adopter, and set yourself apart from the competition. Consider the advantages above and implement cryptocurrencies into your business to help cut costs, expand your consumer base, and make sure that you and your customer are secure in the age of digital security breaches.

Are you ready to start accepting cryptocurrency at your business? What are the drawbacks to taking this digital payout? 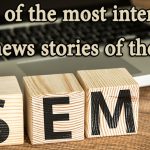 PrevSix of the most interesting SEM news stories of the weekMarch 21, 2016
How to choose a domain name for maximum SEOMarch 21, 2016 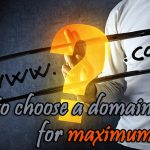