Chat with us, powered by LiveChat
Marketing Blog
Digital Marketing

How CMOs are using apprenticeships to bridge the digital skills gap 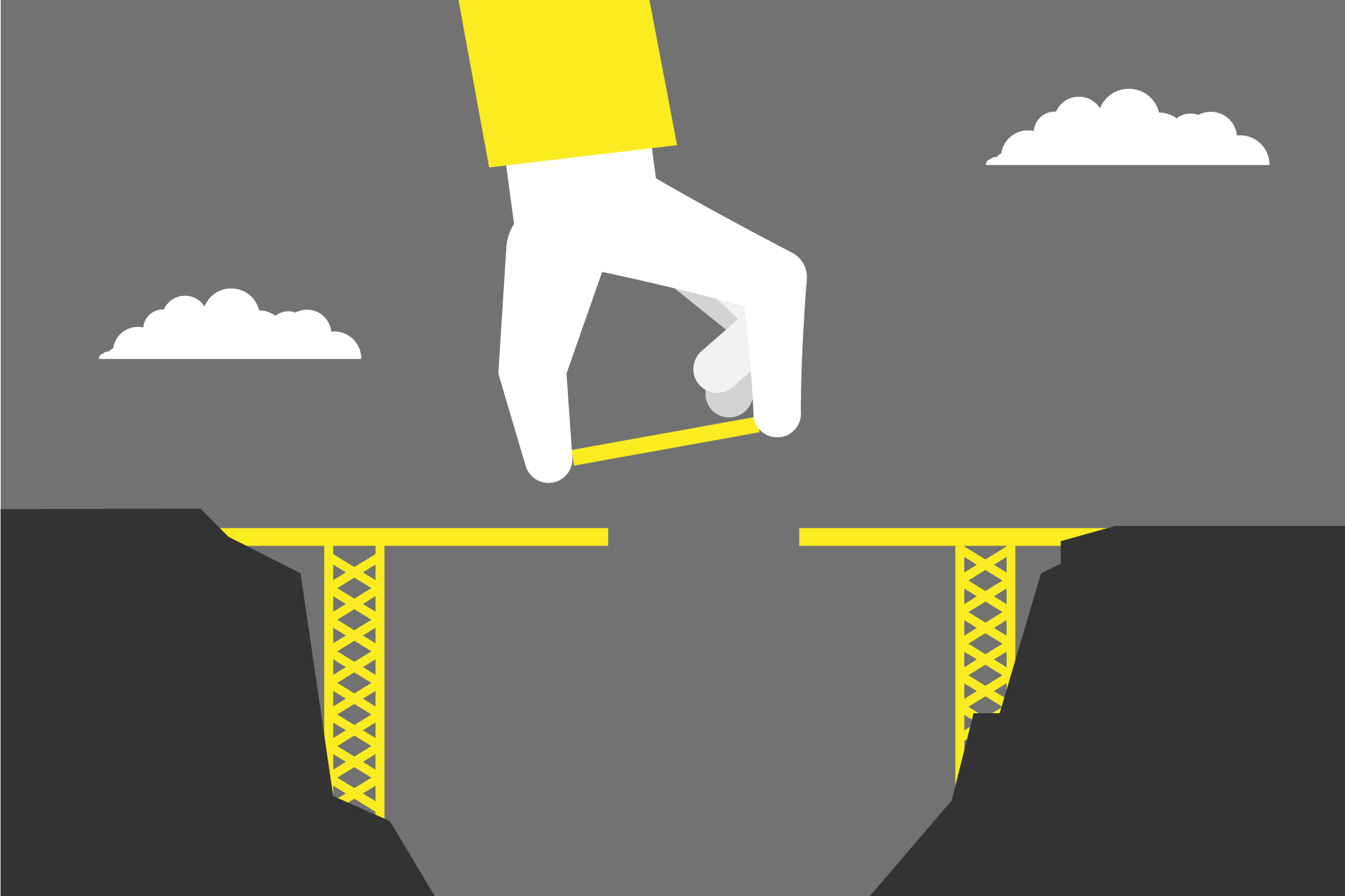 Two recent reports into the state of the UK’s digital skills landscape painted a startling picture about the challenges and opportunities facing businesses in need of digital transformation. Are apprenticeships the answer?

Two new reports from Tech City and Arch Apprentices show that while the UK remains a world leader in many respects, without significant changes to how companies recruit and train the next generation of coders, programmers and digital marketers, that status may soon be a thing of the past.

The first report, from Tech City, lays out in detail the strength of the UK’s digital infrastructure, pointing out that in 2016 “UK digital tech investment reached £6.8 billion, that’s 50% higher than any other European country.”

Thanks to that strong level of investment, the turnover of digital tech businesses has reached £170 billion, an increase of £30 billion in just five years. Most critically, there are now 1.64 million digital tech jobs in the UK, and the digital sector is creating jobs 2 times faster than the non-digital sector.

So far, so healthy. However, that growth presents a problem. Despite soaring demand for skills, universities are not able to keep pace with the need for new entrants into the world of work.

Traditionally, the skills gap would have been filled by training older existing workers to take on extra responsibilities. But the pace of change within the digital sphere makes that a long-term answer to a short-term problem.

The UK government has attempted to tackle this issue by introducing the Apprenticeship Levy, which is designed to encourage businesses of all sizes to invest in training apprentices to meet their long-term goals. Under the terms of the Levy, companies with a payroll of over £3m pa must pay 0.5% of the total paybill minus an annual “levy allowance” of £15,000 towards apprenticeship initiatives.

On top of that, the Government will provide an additional 10% top-up for employers to use, and any excess spend above that will be a co-investment with the Government – covering up to 90% of the extra training costs. Meanwhile, non-levy paying employers will also be able to use this so-called ‘co-investment’, with government paying for 90% of apprenticeship training.

The Levy aims to make on-the-job training the cornerstone of the UK’s economic growth in the coming decade, and the government believes adopting this approach will help it get more bang for its buck.

Everything appears to add up. Research published in June 2015 demonstrates the high ROI delivered by the apprenticeship programme. The report indicates that adult apprenticeships at level 2 and level 3 deliver £26 and £28 of economic benefits respectively for each pound of government investment.

Digital marketing programmes often cover industry-recognised qualifications like CIPD and Squared Online, meaning employers can use their levy to fund training rather than paying out of an existing Learning & Development budget.

Work to be done

However, the scale of the work to come was revealed in a recent report from Arch Apprenticeships, which surveyed 750 business leaders with responsibility for HR or L&D on their employment of apprentices within their organisation.

The report shows that of the 750 surveyed, “70% told us they have still not taken advantage of the Apprenticeship Levy despite being four months in, with 38% having not hired apprentices yet.”

Anouska Ramsay is Talent Director for Capgemini UK. She launched the company’s apprenticeship scheme in 2011 in response to a widening skills gap. “At the time, Universities were struggling to keep up with the changes in tech. We found that actually as well as a volume issue, the skills were a little outdated.

“We found that what they learnt in the first year as a computer science grad could easily be out of date by the time you graduated. Although the underlying science behind it remained current, the practical application of the tech was moving on at a rapid pace; so apprenticeships helped us deliver a blended model of theory and practical to keep their skills fresh and up to date.”

Ramsay’s strategy of hiring digital natives began to take shape in response to this issue.

“We define ‘digital natives’ as people who have grown up with tech as part of their lives more than previous generations,” she says. “So, whether we’re bringing people in to train them as software developers or the next marketing manager or data analysts, they’re all digital natives, and we’ve had to address that in our style and approach to L&D generally.”

Ramsay’s not alone in identifying this cohort as potential game changers.

Another enthusiastic adopter is financial services giant MBNA. Three years ago, in the midst of the so-called fintech revolution, the company needed to do more to ‘future proof’ itself against the dynamic changes affected the industry. External talent was brought in to give a short-term boost to MBNA’s digital function, but it was a clear that a longer-term solution would also be necessary.

So, MBNA set up an apprenticeship scheme, which kicked off in 2015 with the hiring of five Level 3 Digital Marketing Apprentices. In doing so, the company adopted a realistic time frame for the scheme’s introduction, using two cohorts – one in springtime, with another coming on stream at the beginning of the academic year in September.

“The apprentice’s initial knowledge of digital impressed us and the work-based learning approach has seen them rapidly pick up the required skills,” says Nic Travis, MBNA’s Head of Digital Marketing.

“All of our apprentices have proven themselves to be highly competent individuals and within a few months they have been operating as self-sufficient members of the team. Without doubt they are helping us to grow our business and are bringing in fresh ideas about how to market our products.”

MBNA worked with its training provider to develop a significant amount of flexibility to the system, allowing MBNA and the learners to adapt the scheme to get as much value as possible from it. For example, the scheme’s induction process has been tweaked to reflect the varied age-range and skills background of the apprentices following feedback from the first cohort.

“Certainly for digital natives coming into software development and analytics and marketing, their style of learning is evolving and changing, and the apprentice offering is a great way of blending the two together. It’s practically-focused and allows them to get immersed in tech, and for us, supporting them with digital and online training materials is a real boost- and it suits them.”

Undergraduate degrees in the digital field are typically less of a prerequisite than some other disciplines. That is reflected in the rapidly changing sentiment among digital leaders. The economic contribution of the UK digital tech worker is almost twice as high as the non-digital worker.

For some CMOs the issue is one of finance. But while 42% of companies spend £5000 – £10,000 on training, only 39% use apprenticeships – despite the Apprenticeship Levy providing the perfect opportunity to save money.

The rise of digital natives is impossible to ignore: According to the Tech Partnership, almost three quarters (74%) of all digital apprenticeships starters in the UK during 2014/15 were aged 24 or below, compared with 59% of apprenticeship starters as a whole.

Those figures reflect an attitude shift at CMO level – an acknowledgement that practical skill, willingness to learn and a comfort around tech are the really valuable attributes in digital marketing.

Indeed, according to the Arch research, that sentiment is turning decisively against university-trained marketers. Respondents felt that university degrees are no longer seen as essential. 61% of respondents would happily hire someone without a degree, and only 37% felt formal degree qualifications were important in the hiring process.

Slow off the blocks

So, it would seem that apprenticeships are the perfect answer to analogue businesses’ needs. 27% of those surveyed reported feeling enthused to learn from new digital natives in their business. So why is it that only 9% have stated they are recruiting apprentices?

Lack of awareness and confusion over the Levy appear to be the biggest impediments.  But that shouldn’t stand in the way, argues Ramsay.

“It’s an economical way of filling the skills gap,” she says. “It’s a seller’s market, so we need to find ways to invest and create that talent pool in-house going forward; if we don’t, we will not have people who can deliver the client projects we need them to.”

For another growing business, apprenticeships are rapidly becoming the most powerful engine in the journey from analogue to digital. “Our apprentices have come to the role with great veracity for digital, they’re obviously quite young and have grown up with a lot of the industry and the technologies that we work with, so they’re incredibly savvy,” says IPG Mediabrands Head of Ad Operations, Alex Norman.

Alan King, Head of Digital at IPG Mediabrands, reports the first apprentice to enter the scheme got a full time job straight away and the others have been following suit.

“We’ve been successful so far,” King says, pointing out that when it comes to hiring the most talented people, the right mindset was more important than specific experience.

“That means we want people who code in their spare time – digital natives that live and breathe technology. Any kind of digital ecosystem they’ve work with they just take for granted, and anyone at an apprentice level is already use to working with the systems we work with.”

Clearly a growing number of CMOs are embracing apprenticeships, and the direction of travel is growing in favour of hiring digital natives. And while clunky legacy systems and bureaucracy may seem insurmountable obstacles, a healthy sprinkling of fresh thinking may go a long way. 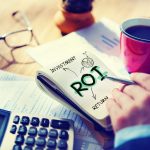 PrevThe ultimate guide to choosing keywords for ROINovember 9, 2017
Mixing in digital in the B2B marketing approachNovember 28, 2017 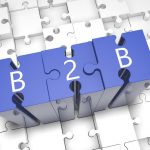