The future of advertising via people’s cellphones is more about branded content – or ads that look like editorial articles – over internet display ads, a new report by researcher WARC suggests.

Businesses are still grappling with how to advertise to people via their phones, with 380 million mobile devices using ad-blockers worldwide. Consumers are blocking ads on their cellphones in greater numbers than on PCs, with 236 million desktop devices using the software, according to analytics company PageFair’s most recent statistics, published in February.

More than half (55 percent) of the North American marketers WARC surveyed cited mobile-based branded content as a main focus of their marketing in five years’ time, with 47 percent of those in the EMEA region stating the same.

This is partly because of new cellphone screen designs, WARC reported. “This is likely to stem from the expectation that screens and devices will become increasingly suited for consuming longer-form content, with mobile-optimized websites the norm,” it stated.

Businesses are also likely to be spending their marketing dollars on making sure their websites are high on Google mobile search results, with 33 percent of North American marketers predicting that this would be a focus in 2023 and 38 percent of EMEA marketers saying the same.

People are spending increasing amounts of time looking at websites on their smartphones. In 2012, the average amount of time people browsed online using their cellphones was 1 hour 17 minutes a day, and in 2017 that had risen to 3 hours 2 minutes daily, according to WARC.

Marketers using other media for advertising are also experimenting with how best to communicate with people. Earlier this year, Viacom’s Comedy Central TV channel started running two-and-a-half minute branded content spots once a month, instead of a series of shorter ads. It created a “Handy the Series,” short comic skits in which different brands could feature. Viewers don’t mind watching ads as long as they are entertaining, according to Chris Ficarra, Viacom Velocity’s executive vice president of integrated marketing.

“Let’s make them laugh,” is the channel’s approach, Ficarra told CNBC in February via email. 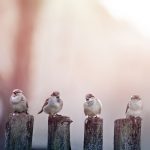 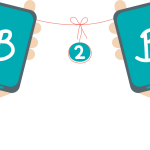